My latest Theater Pub column is about the works of art that make me cry -- something I don't think we talk about enough, in an era that is skeptical of raw emotion. Click over there and read my piece to learn why I made sure to bring a hankie to the performance of Candide I saw last week and how seeing The King and I at the age of 5 utterly ruined me.

(My friend/editor Stuart noted "I think you're the only non-Asian person I know who was traumatized by The King and I... and most of them were traumatized for very different reasons.") 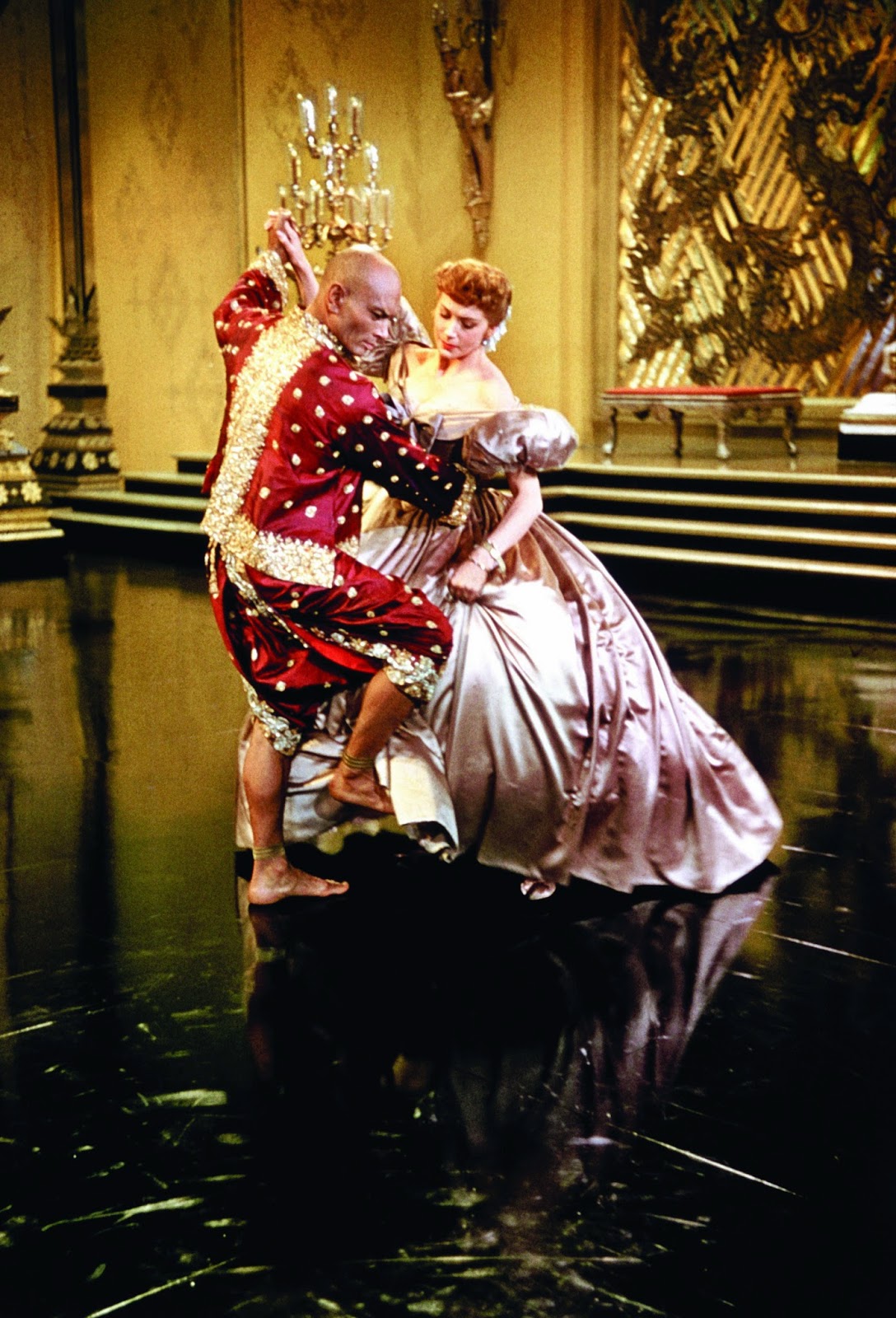 I've also convinced myself that Howard Ashman and Alan Menken must've modeled elements of Beauty and the Beast, especially the ballroom dancing scene, after The King and I -- they were no dummies and, as we all know, "good artists borrow, great artists steal." In my column, I also mention seeing Rabbit Hole at the Oregon Shakespeare Festival when I was in college -- which happened to be the subject of one of my very first blog posts. Crazy to realize that that was almost 8 years ago (also crazy that I haven't been back to Ashland since then, but that's a topic for another day).
Posted by Marissa Skudlarek at 3:13 PM No comments:

In my most recent Theater Pub column, I wrote about some of the non-theater things that kept me sane/happy/entertained in January: the f.lux app, trying new hairdos, cleaning my room, and watching Miss Fisher's Murder Mysteries on Netflix.

I saw some enjoyable theater, too: Indian Ink at ACT is a good play in a lovely production. Though Arcadia will always be my all-time favorite Stoppard, this one is still smart and entertaining and well worth your time.


And I got to thinking about how Flora Crewe, the heroine of Indian Ink, and Phryne Fisher, the title character of Miss Fisher's Murder Mysteries, feel like variations on an archetype: confident, independent-minded, adventurous women of the between-the-wars period. They pursue careers that aren't quite "respectable" (Flora is a poet, Phryne a private detective), but which still allow them to dress glamorously and mingle with interesting people. Flora gets denigrated as an empty-headed "flapper poet" and Phryne gets patronized as a meddlesome amateur, but they do their best to shake off such criticisms and go on with being their awesome selves. They are single but have many lovers; they are not ashamed of their sexuality. They are very fond of stylish automobiles.

Their biographical details are similar too. Indian Ink gives Flora's birth year as 1895; she is 35 when the play takes place in 1930. The Miss Fisher show takes place in 1928 Melbourne, at which time Phryne seems to be in her mid-to-late 30s. (Per Wikipedia, Phryne's birth year is 1900, so she's 28 when we meet her, but maybe that's just for the novels the TV show is based on -- actress Essie Davis is great and looks younger than her real age, but I don't think she can pass for 28.) They both have a beloved younger sister, though Phryne's sister was murdered in childhood while Flora's sister is alive and well. After spending childhood and adolescence in an English-speaking country (England/Australia), they run off to France during World War I and join an ambulance unit. They both remain in France for a bit after the war ends, too, living the bohemian life in Paris and working as artists' models.


Here's where the parallels get really crazy. In Paris, Flora poses nude for Modigliani and when the painting is later exhibited, it infuriates her fiancé so much that he buys it and burns it in a bathtub at the Ritz. Phryne poses nude for a fictitious artist, Pierre Sarcelle, which infuriates her lover so much that he resorts to murder to get his hands on the painting. Okay, I can understand how this is a trope (jealous sexist man commits violence when he learns his girlfriend has posed nude for someone else), but it was very odd to see Indian Ink and the Miss Fisher episode about the nude painting less than a week apart, and to note all of these similarities in terms of character, era, etc.

Are both Flora Crewe and Phryne Fisher based on a real-life woman that I should know about? Is there some well-known story about a young Anglo woman who drove an ambulance in France during World War I, then posed for a nude painting that was later at the center of some scandal?

And, to compound the hall-of-mirrors effect, I first became aware of the Miss Fisher actress Essie Davis when I saw her star in a different Tom Stoppard play, Jumpers, on Broadway in 2004. (Her character had a nude scene in that one, too. Stoppard has a reputation as a super-cerebral playwright but there's enough female nudity written into his scripts -- Jumpers, Indian Ink, Coast of Utopia -- that it seems he also has quite an eye for the ladies.)

At any rate, I have two new fictional heroines to inspire me with their independence, courage, and flair.
Posted by Marissa Skudlarek at 12:38 PM No comments: